“ELF”, a full cab-over 2-ton light-duty truck was launched in 1959 for the first time in Japan.

It looked smaller than a bonnet truck but was capable of carrying much more load.

The original model was installed with a 1.5L gasoline engine. In the following year, a diesel model with a 2L DL200 (52HP) was released.

It was the Japan’s first light-duty diesel truck with superior loading capacity, fuel efficiency and drivability. Thanks to its high market reputation, it truly established itself as the best-selling truck brand.

DL201 an upgraded engine was later released. Further improvements were made to the radiator grill and side mirrors. 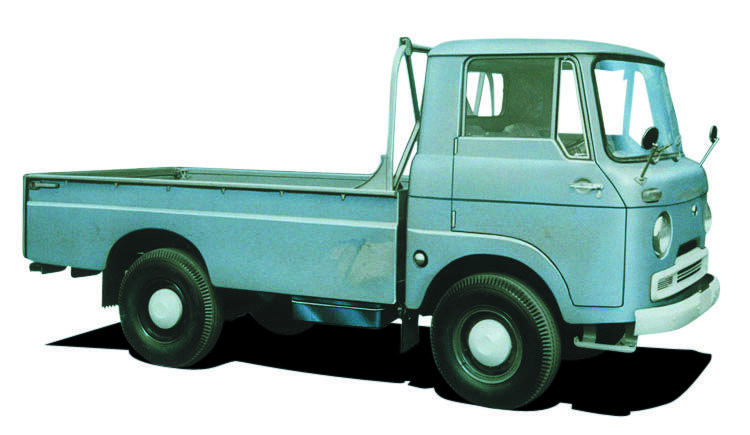